How to find us?

Telemark Skiing Around the World

In 1850’s the Norwegian farmer’s son Sonder Norheim from Telemark developed a special turn style in alpine skiing. After 1888 in Norway and later also in other parts of the world this styled has been named Telemark style after the native region of Norheim.

In case of the slalom skis the entire foot is fixed to the ski. The Telemark skis have a free heel which freely comes off the ski just like for cross country skis. In general the Telemark skis are very much like cross country skis but they have been adjusted for skiing down the hills or mountains. When making a turn one ski is slightly moved ahead of the other and this allows the skier to make a turn on a mountains slope more easily. In some countries the Telemark skiing is called also the par  free-heel skiing. 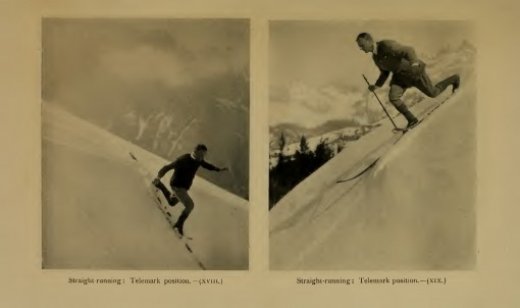 The Telemark style became popular very fast all around the world. Together with the Christiania (former name of the capital of Norway Oslo) style, i.e. making turns on parallel skis, it has been widely used until the WWII. Later this style gradually lost its popularity but it experienced its rebirth in the 1970’ at first in the USA and as from 1980 also in other Central Europe countries, Sweden and Norway.

Today Telemark skiing is popular as in Europe, so in the USA and other parts of the world. Telemark skiing attracts people with possibility to leave the crowded, specially set up slopes and to race down the unaffected, deep, powdery snow instead.

Nowadays in the Telemark World Cup and World Championship teams representing many countries are participating. The International Olympic Committee is deliberating on including of Telemark skiing into the program of Winter Olympics.

Telemark skiing is making its first steps in Latvia after being neglected and forgotten for many years. The hills of Tirza, slopes of the valley of the Tirza river near the property Liepas are very much suited for “free-heel” uphill and downhill travelling. At the beginning of 2015 after being forgotten for several decades the hills experienced the turns of the metal sides of Telemark skis again. At the end of February within the framework of Ski Museum Opening Ceremony in the presence of the Ceremony visitors on the nearby hill the public demonstration of the Telemark skiing and some trial rides of some volunteers took place.

Tirza has become the Latvian centre for development of Telemark skiing. If we just had a stable snow mantle, because during the last years we had problems with it... While the natural snow mantle in Tirza was gone (e.g. at the beginning of February 2016) the members of the Tirza Telemark Society are forced to slide down the artificial snow covered slopes in other parts of Latvia or go abroad. But still despite the unfavourable weather conditions and difficulties with purchasing of appropriate equipment in Latvia, members of the Tirza Telemark Society (two members, three candidates and one honorary member) are not griping  – the first steps are done, the next are on their way! 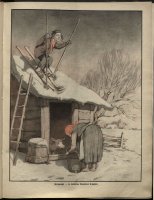