Behind every ski is a story

Skis are one of the greatest human inventions. Whenever there is snow - skis for thousands of years have been an indispensable means of transportation. During this time humans evolved skis from simple rock axe shaped wooden planks with a rounded end to modern skis produced in factories. However the old wooden skis create a special feeling. Next to the soul of wood we also can feel the “imprints” of soul and destiny of the ski users of previous centuries. The look of skis tells us about wooden species, manufacturing techniques and instruments used. The smell – treatment with tar, wax, and herring brine or other grease of those times. Ski repair – about falls, while skiing down the slope. Uneven wear – about snow conditions or the relief of the track.

People in Latvia have been preparing skis since time immemorial. The oldest evidence about skis is approximately 4500-4700 years old wooden skis which have been found in the settlement of Sārnate near Užava. Until the end of the 19th century skis have been used almost as a means of transportation only. Starting with the beginning of the 20th century skiing has been seen as possibility to go for sports or relaxation. In the 1920’s and 1930’s century skiing became one of the most popular sports and experienced a real boom.  Dozens of different manufacturers offered their products – skis, ski poles, ski bindings, ski boots, ski grease, ski clothes and cosmetics. Ski shops sprang up like mushrooms offering local products alongside imported items. 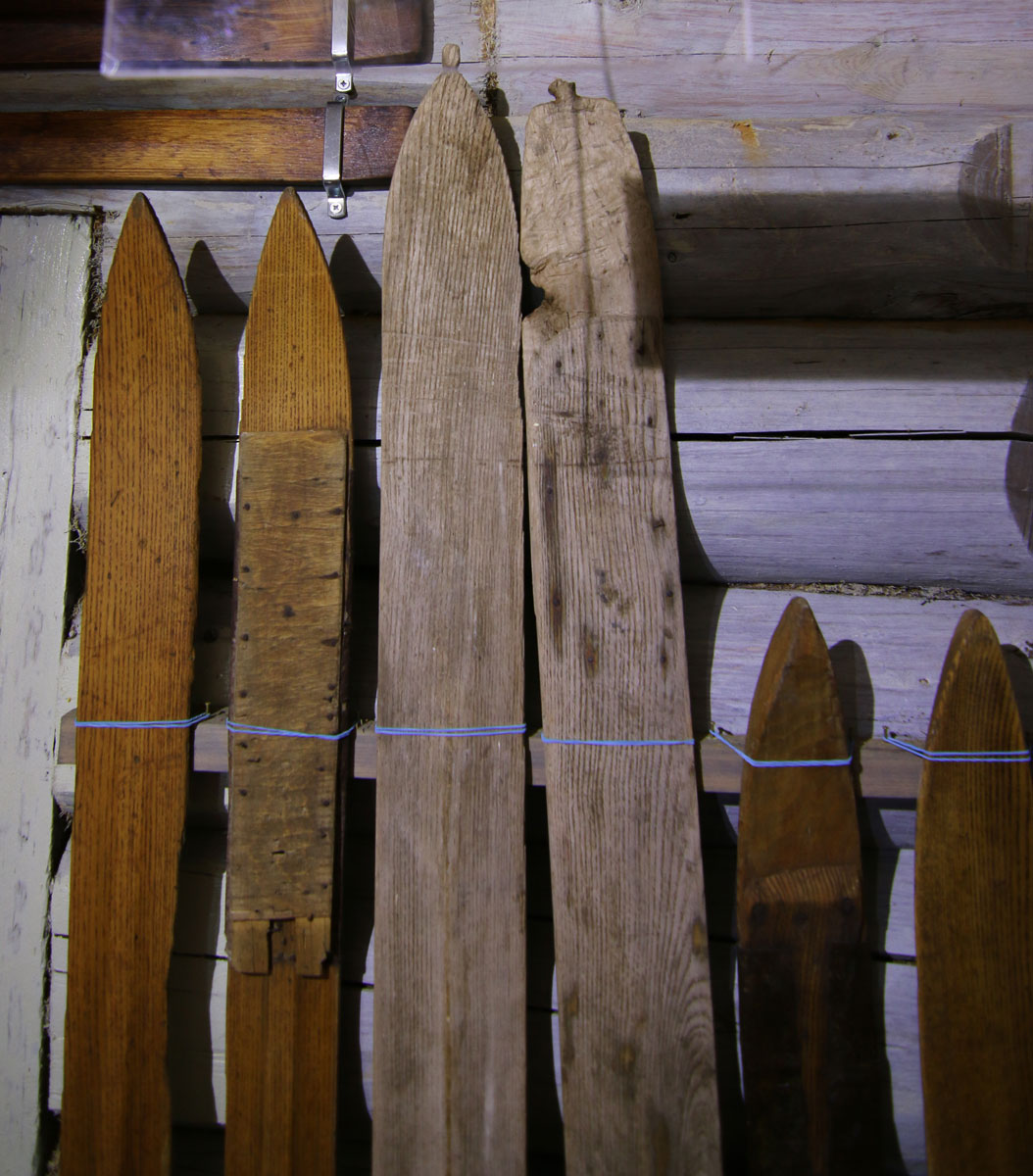 There is a story behind each ski. Photo: U. Dundurs

The fashion industry for ski clothing developed as well. Each of the most popular newspapers or journals regularly published articles about skiing techniques, choice of inventory, best skiing routes and advertisements of ski manufacturers and retailers. Skiers were streaming to the many Latvian ski resorts - Mežaparks Riga, Ērgļi and the Ogres Zilie kalni. There were even special trains arranged for skiers taking them to Gaizinkalns (Hill Gaizins). In a very short period of time there were built several ski resorts and jumping trampolines. 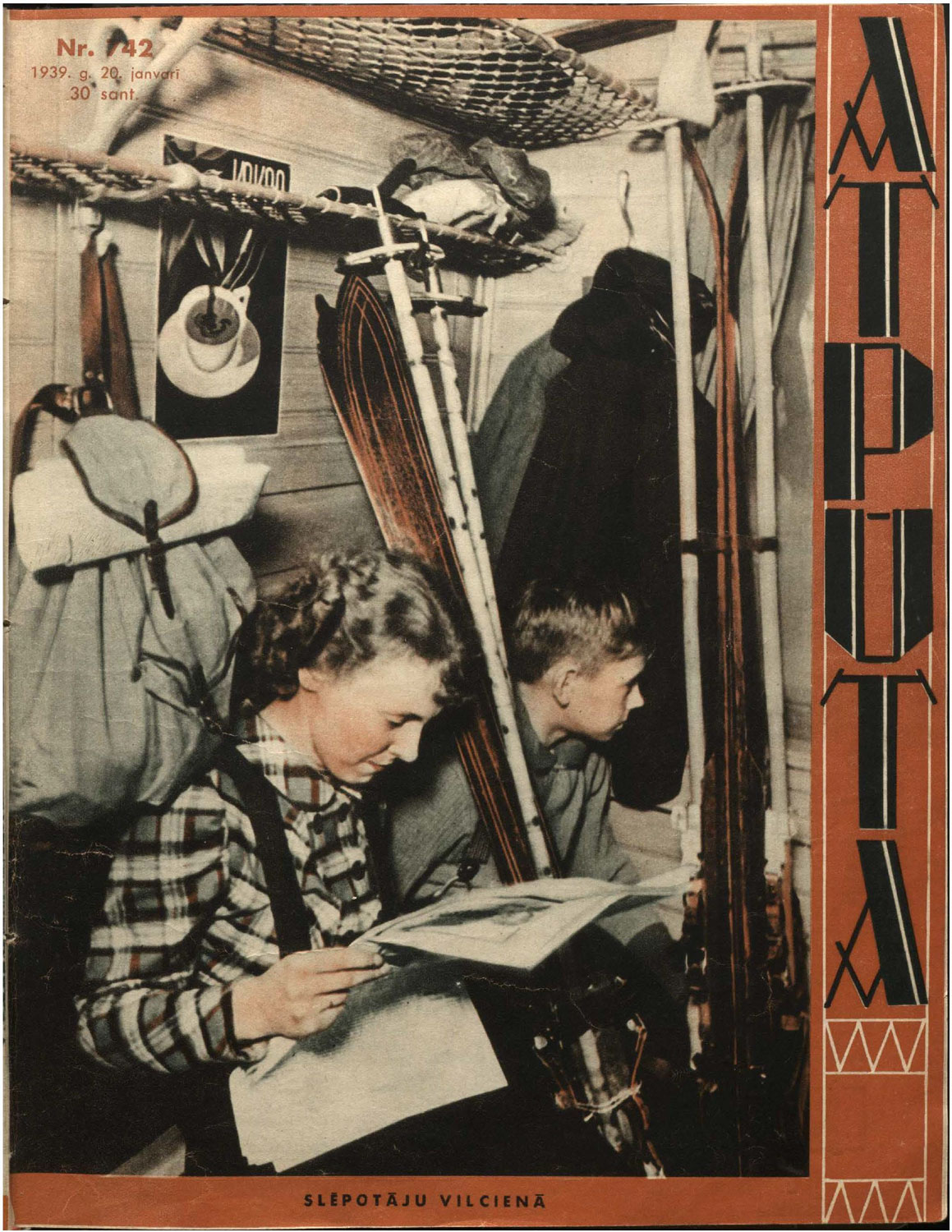 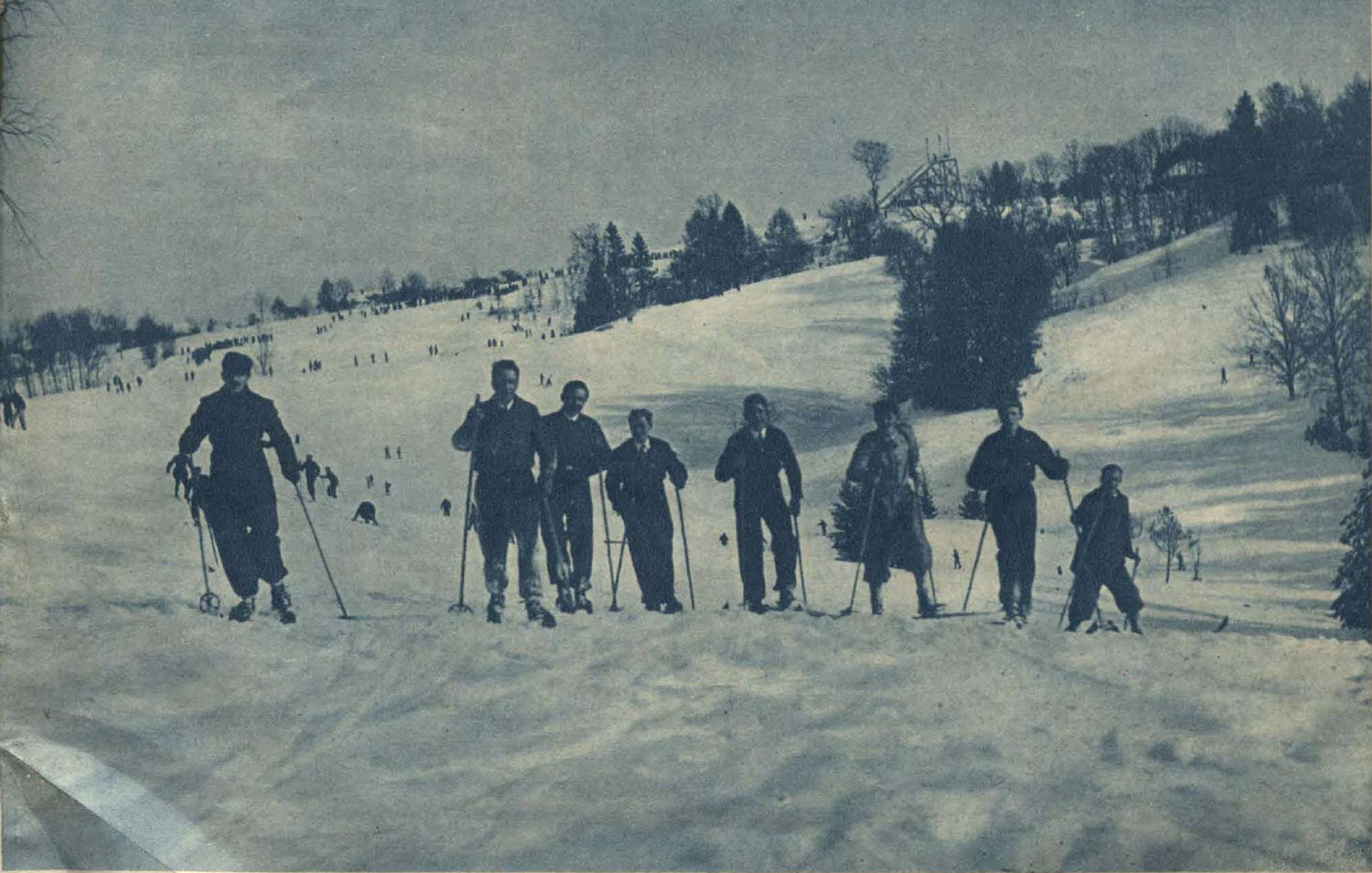 Skiers at the foot of Gaizinkalns (Hill Gaizins). End of the 1930’s

This boom was interrupted by WWII during which Latvia lost more than one third of its inhabitants. Despite the fact that many manufacturers and shops have been nationalized or suspended by the Soviet regime, they were in general exchanged by new Soviet State companies and the popularity of skiing did not lose momentum. In the 20th century and mainly in the first 40 years there developed a skiing culture in Latvia the evidence of which should be maintained and popularized with care. 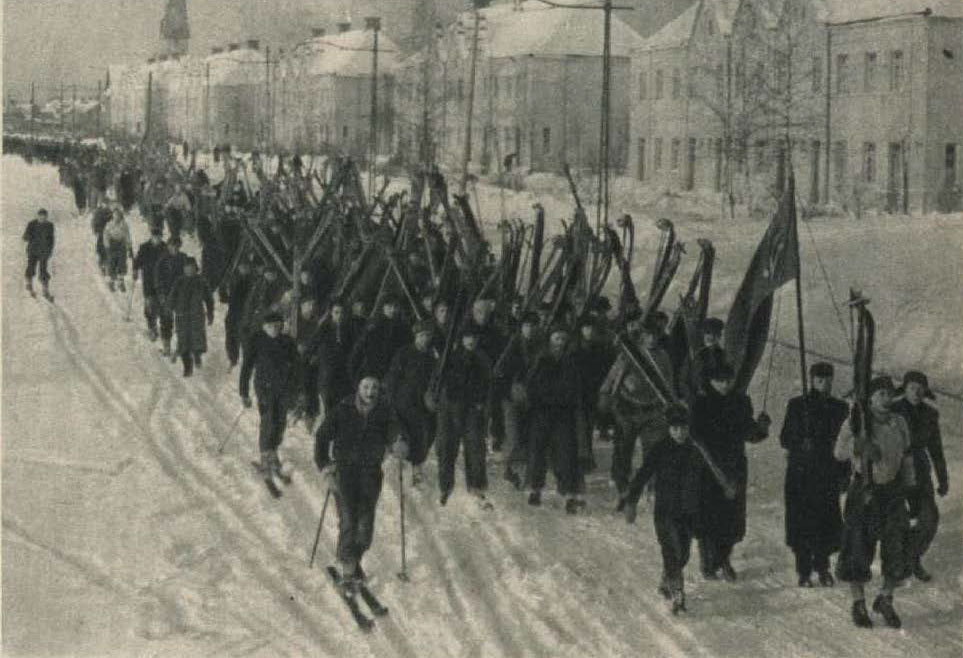 Until now very few of Latvian regional museums, the Latvian Open Air museum and some individual enthusiasts have undertaken actions to preserve the heritage of skiing culture.  Unique exhibits are still not appropriately stored. This encouraged the skiing enthusiast from Tirza to undertake something for sake of the skiing history.

In the winter of 2011 in the hunters’ house of Mežruži in Tirza just after one of the ski tours the idea of the Tirza Ski Museum and Old-School Skiing Centre was born. The initial support came from The Primary School of Tirza and Municipality Administration, also from other societies in Tirza. Funds raised by donations by all ski enthusiasts and the introduction of the N. Treijs ski collection turned the idea to reality. In 2013 in Ziedukalns, at the barn of the former poorhouse of the parish, hosted next to the Museum of Local History a place for preservation and polarization of skiing culture - Tirza Ski Museum and Old-school Skiing Centre were opened. There are Ski Museums in many Western countries, the Ski Museum of Tirza is the only museum of this type on the territory of former USSR and of the few in the Eastern Europe. Only herein this museum you will be able to see the Latvian, Estonian, Lithuanian products and products from nearly all Soviet ski factories and to get familiar with the ski production history.